5 Interesting Facts for Your School Trip to Seville! 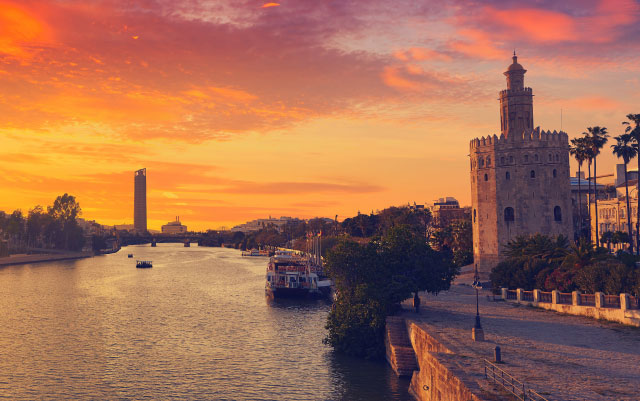 James Wylie is one of our most experienced Itinerary Coordinators and has been to many of our destinations. Here he tells us five interesting facts about one of his favourite school trip destinations – Seville! 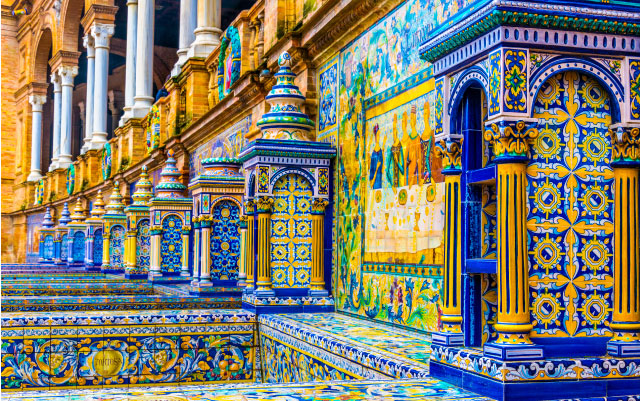 Seville’s incredible architecture has been used as a backdrop for many film and TV shows. The spectacular Plaza de España within the Parque de María Luisa starred in Star Wars Episode II as the Palace of the Kingdom of Naboo, while in Lawrence of Arabia it stood in for the British Army’s headquarters in Cairo.

More recently, and perhaps of more interest to your students, the Alcázar could be spotted in Game of Thrones as the Water Gardens of Dorne. 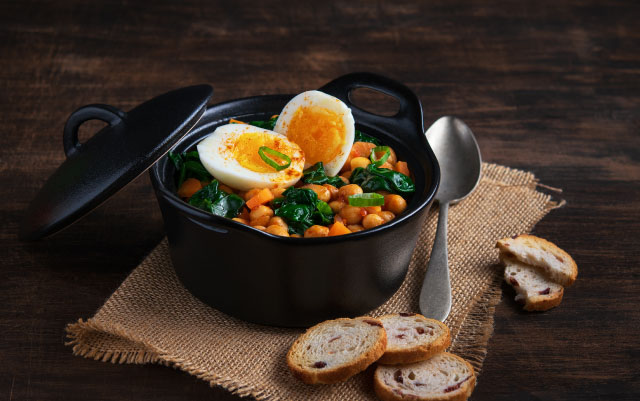 It’s the birthplace of tapas

Tapas are small plates of traditional Spanish food, which is perfect for sharing with family and friends. El Rinconcillo, established in 1670, is the oldest tapas bar in the city, although there are now hundreds to choose from!

There are a number of ‘origin stories’ for tapas. One theory is that it the original tapas were bread or even a flat card used to cover sherry to protect it from fruit flies – with that cover eventually topped with snacks that were usually quite salty to encourage thirst and boost the bars sales!

Other theories include a bid by Felipe III to curb drunken behaviour by ruling that all drinks must be served with a small amount of food to slow the effects of the alcohol, and a nifty trick from a waiter at a tavern in Cadiz to stop sand blowing into King Alfonso XIII’s wine! 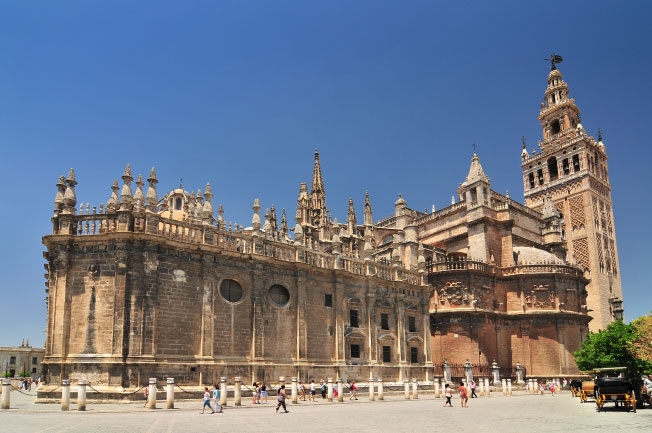 Seville Cathedral is the third largest cathedral in the world. It also houses the tomb of Christopher Columbus, whose remains were brought back to Spain from Cuba in 1898, following Cuba’s independence from Spain.

The casket is displayed on an elaborate catafalque and is carried by figures representing the kings of the four old regions of Spain – Castilla, Leon, Navarra and Aragon, showing just how important a figure the Genoese explorer is in Spanish history. 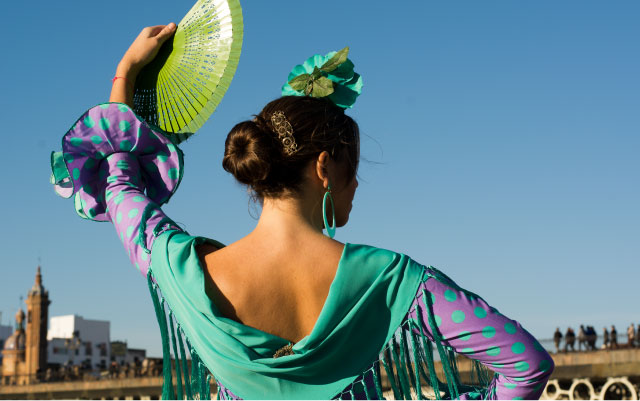 It’s the best place to experience a flamenco show

The origins of flamenco lie in Andalusia and Seville is considered one of the best places to catch a flamenco show. The exact origins of the art form are unknown, but it seems to have been a result of the cultural exchange between native Andalusians, Romani, Castilians, Moors and Sephardic Jews during the Moorish occupation of Andalusia.

And this is one of the reasons we really recommend taking the time to enjoy a flamenco show during your school trip to Seville – it’s a fantastic insight into the local culture and history.

The Museo del Baile Flamenco offers daily shows and the chance to learn about all elements of the art form, including the dancing, singing and guitar playing. Al-Andalus was one of the great Muslim civilisations during the period 711-1492. Eight centuries of Islamic rule left a significant effect the language, culture and architecture of Andalusia, and Seville is arguably the best place to see this.

For example, one of the highlights of a school trip to Seville is a visit to the famous Alcázar. Its name comes from the Arabic al-qasr which means fort, castle or palace. Indeed, Seville’s royal palace was originally built as a Moorish fort.

And the city’s cathedral was built on top of an Almohad mosque. Some elements of the mosque can still be seen today – the famous Giralda, the cathedral’s bell tower and a symbol of the city, was the former mosque’s minaret.

There are other remnants of the Almohad dynasty in and around Seville too, including the Torre del Oro and Torre de la Plata – two military watchtowers.

Ready to start planning your school trip to Seville?

Yes, send me a tailor-made quote!

Send my questions to a Tour Adviser!

Founded by teachers in 1986 and with several former teachers in our team, we understand the pressures on you as Group Leader and work hard to relieve them.

Trips tailored to your curriculum and learning objectives

We’ll design your trip around your specific learning objectives and curriculum, to ensure it meets your particular requirements.

Earn loyalty points from your very first trip which can be used towards a trip discount or free gift for your school.